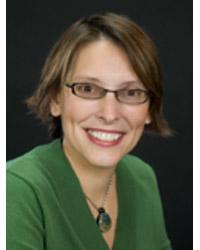 Dr. Bonnie Verhunce graduated from Palmer College of Chiropractic the Fountainhead of Chiropractic in Davenport, Iowa. She started Vitality Chiropractic in Des Moines, Washington 5 years ago and is active in the community. She has been the Secretary of the Des Moines Rotary for two years, and was the first female President of the West Seattle Early Birds Toastmasters group, a group that started in 1954. Dr. Bonnie, as her patients affectionately call her, is an avid runner and cyclist. She has participated in many triathlons Seattle and Austin, TX and has a goal of running another half-marathon, this time in Chicago, in October 2007. She also rode in the RSVP, a two-day bike trip from Seattle to Vancouver, B.C., in August 2006.