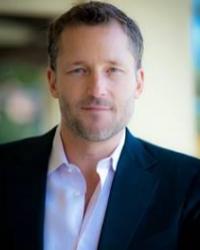 Dr. Dain Heer is an Energy Transformation virtuoso, author, international speaker and workshop facilitator, and is best known for his unique energetic transformation process, called The Energetic Synthesis of Being.

Dain had to turn to his phenomenal knowing from a very young age growing up in a ghetto in Los Angeles. He was the only white face in 5 miles of where he grew up. He didn't see the difference between him and others and still doesn't. Dain came with amazing awareness into a world of lack, cruelty and abuse. He came from a family where half had no money, and the other half had money. He was constantly exposed to mental, physical, emotional, sexual and monetary abuse. Everything he chose and wanted was taken from him. He learned that he didn't own anything very early on.

But Dain never chose to be a victim; even after all the abuse he suffered. Along the way Dain discovered personal transformation, allowance, courage, and resilience. He has learnt to transform lifes challenges into a gift of strength. In the end, what came forward was the kindness, which is still him. Each of us has that place in us where we can choose a kindness or we can choose to be a victim. Dain always chose kindness.

Over time what he recognized as the gift he was, was the awareness of energy and the ability to tap into and recognize his own abilities and knowing. His gift is his ability to look at life, change the energy and assist people to heal themselves from a position that no one else has ever chosen. He is a man who recognizes that the capacity to tap into energy, abilities and knowing is every person's gift if they are willing to choose it.

Dain has become an internationally recognized thought leader in transforming lives and creating different choices willing to empower people to see different possibilities and to recognize what is truly possible for them. He has a completely different approach to healing by facilitating people to tap into and recognize their own abilities and knowing. The energetic transformation possible is fast and truly dynamic.

He is acknowledged worldwide for his unique perspectives on personal transformation that is unlike anything else in the world. Dain invites people to more consciousness from total allowance, caring, humor and a phenomenal knowing.

Dain is a Doctor of Chiropractic, born and raised in California, USA. He hosts a regular radio show entitled Conversations in Consciousness. He appears regularly on Dr Pat and Voice of America and has been a guest on hundreds of nationally syndicated radio shows. He also contributes regularly to magazines and blogs such as Mariashriver.com and has appeared on several TV shows including Fox News, Good Morning Shows in New Zealand, Australia and Canada and on Gaiam TV.


Dain is the author of nine books on the topics of embodiment, healing, money and relationships. His latest book, 'Being You, Changing the World' was published in June 2011 and has been translated into Swedish, German, Spanish Italian and Estonian.