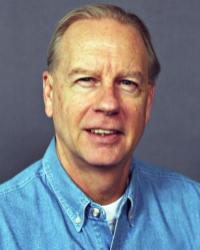 Dr. David Altheide is a sociologist and Emeritus Regents’ Professor in the School of Justice and Social Inquiry at Arizona State University. His work over 3 decades focuses on the areas of:

Altheide is the author of twelve books and approximately 160 papers have been published or presented at professional conferences.

In his own words: “My major expertise is the mass media. This is central to all social sciences and especially justice studies because the nature and process of defining situations for people influences what they do and what the consequences will be. The mass media and information technology are major influences of this process. The major concepts that are discussed in many of our publications include Media Logic, Media Culture, Communication Formats, and Ecology of Communication. Our work has identified the critical elements of successful media messages, as well as how to prepare people to work with the news media. Related areas are Popular Culture; Media and News Bias; New Journalism; Crime and Media; Violence and Media; Sports and Media; War, Peace and Media; Cyberspace and Control; Cyberspace Research. My recent work has focused on how news reports about “fear” (Fear and Media) have changed over several decades. “Tracking Discourse” is a multi-faceted research approach that joins qualitative methods to on-line information bases such as NEXIS and the Internet.  My students and I are now investigating how the language of certain institutions (e.g., law enforcement and military) has infused popular culture.”

Altheide has won numerous awards. A few notable ones include:

You can purchase one of his books at Amazon.com