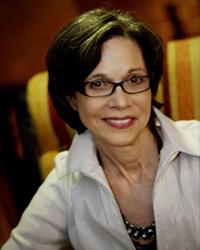 Designated a National Book Award Finalist for When Smoke Ran Like Water 2002, Basic Books, Devra Davis founded Environmental Health Trust in 2007 in Teton County, Wyoming to provide basic research and education about environmental health hazards and promote constructive policies locally, nationally and internationally. Dr. Davis lectures at Georgetown, Harvard, London School of Hygiene and Tropical Medicine and other universities, and was Founding Director, Center for Environmental Oncology, University of Pittsburgh Cancer Institute, and Professor of Epidemiology at the Graduate School of Public Health 2004-2009. The Secret History of the War on Cancer was a top pick by Newsweek, is forming the basis for national cancer policy revisions by the South African Cancer Society, and is being used at major schools of public health, including Harvard, Emory, and Tulane University. Her book, Disconnect, selected by TIME magazine as a top pick, provides shocking detail about cell phone radiation and your health, is receiving kudos from experts and policy makers around the world, and is the subject of broad multi-media coverage.


Dr. Davis holds a B.S. in physiological psychology and a M.A. in sociology from the University of Pittsburgh, 1967. She completed a Ph.D. in science studies at the University of Chicago as a Danforth Foundation Graduate Fellow, 1972 and a M.P.H. in epidemiology at the Johns Hopkins University as a Senior National Cancer Institute Post-Doctoral Fellow, 1982. She has also authored more than 190 publications in books and journals ranging from the Lancet and Journal of the American Medical Association to Scientific American and the New York Times and blogs in Freakonomics for the New York Times, Huffington Post and elsewhere.