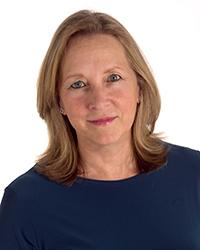 Donna Hicks is an Associate at the Weatherhead Center for International Affairs. She has been involved in numerous unofficial diplomatic conflict resolution efforts including projects in the Middle East, Sri Lanka, Cambodia, Colombia, Cuba and Northern Ireland. She is the Vice President of Ara Pacis, an Italian organization sponsored by the Italian Foreign Ministry. They are currently involved in a dignity restoration project in Syria and Libya. She was a consultant to the BBC where she co-facilitated a television series, Facing the Truth, with Archbishop Desmond Tutu, which aired in the United Kingdom and on BBC World. She has taught conflict resolution at Harvard, Clark and Columbia Universities. Dr. Hicks conducts training seminars in the Dignity Model, a human-centered approach to rebuilding conflict relationships and to creating a culture of dignity in a variety of settings—in the corporate world, health care, education, faith communities and non-profit organizations.