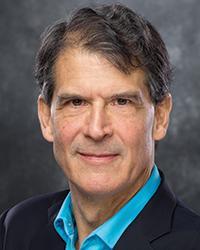 Academic neurosurgeon Dr. Eben Alexander III, whose career includes decades as a physician and associate professor at Harvard Medical School and revered teaching hospitals, was once staunchly committed to the materialist world view -- the belief that the physical world is all that exists. His scientific belief system was altered by his 2008 transcendental near-death experience (NDE), an odyssey into another realm during a week-long coma. Despite a bleak medical prognosis, Dr. Alexander awoke to make an inexplicable return to full health. His medical case and recovery were validated in the peer-reviewed Journal of Nervous and Mental Disease. Since his NDE, Dr. Alexander has been reconciling his rich spiritual experience with quantum physics, cosmology and the philosophy of mind. Dr. Alexander speaks around the world to educate about the role that consciousness plays in wellness, healing and recovery.

His books are available in more than 40 countries: Proof of Heaven: A Neurosurgeon's Journey into the Afterlife, The Map of Heaven: How Science, Religion, and Ordinary People Are Proving the Afterlife, and Living in a Mindful Universe: A Neurosurgeon’s Journey into the Heart of Consciousness, co-authored with Sacred Acoustics co-founder Karen Newell.