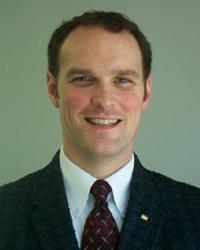 Dr.  Edward Lawson grew up in Middle Tennessee in Tullahoma and graduated from Tullahoma High School in 1983. After four years in the Marine Corps as an avionics technician he worked for three years as a teacher/counselor in a wilderness setting with juvenile delinquents and trained staff in crisis intervention techniques. As part of his training, he studied Reality Therapy and later had the opportunity to study with its creator, psychiatrist William Glasser, M.D. and became certified in Choice Theory/ Reality Therapy. Then went on to the University of Memphis and graduated with a Bachelor of Science degree in Psychology.

Edward then worked for one year with a chiropractor in Kentucky and worked with the Amish community there applying his unique method of nutritional healing. There I confirmed that the body wants to heal and be healthy - if this is not occurring something is blocking or interfering with this process.

When he opened his own practice in Tullahoma he began to blend standard chiropractic treatments with a variety of enhanced techniques including: Applied Kinesiology, Diversified, electrical stimulation, Thompson, S.O.T.(Sacro-Occipital Technique), Activator, Toggle Recoil, nutrition and E.F.T. (Emotional Freedom Technique). He has recently added low level laser therapy, bio-energetic reflex testing, ionic detoxifying foot baths, BRT (Body Restoration Technique), Psych-K (Psychology plus Kinesiology) and, lately, Matrix Energetics and hypnotherapy. With his education and experience in the field psychology and various alternative therapies, he has become adept at aiding patients in identifying and relieving interference from the emotional component of the dis-ease triangle.

Dr. Lawson continues to study in order to create an atmosphere of Total Health for his patients. He believes that the only way to help patients is to find the cause of their problem. Anything else is a waste of time. He takes time to listen to patients and may spend many weekends and evenings researching a patient’s problem. His main concern is quality, effective care for his patients.

After going on the 2013 “Because We Can” Bon Jovi tour as one of the tour chiropractors, he returned home in 2014 to rejoin his old practice now run by Dave Heinrich, DC and to join the Belle Meade Chiropractic Center in Nashville, TN.