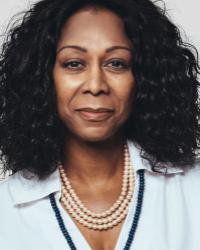 Edwige’s lifelong dream was to be a singer and she accomplished that with performances at Madison Square Garden and the 1998 Super Bowl.

But Dr. Edwige’s spiritual journey was equally ascendant, but very different and distinctive from her singing career. It began at the early age of 12, when she was often visited by what she refers to as “benevolent beings of light.” Little did she know what was to come. During that adventure they took her flying amongst the stars, landing on a bridge and diving into the depths of the ocean. She was shown that she came into this existence with fourth dimensional consciousness–that she was a child of the stars and could move through time and space at will, knowing that earth was but a short stop on her path to mastery. Then one winter day in 2004, the calling came. It was time to begin the process of awakening to her soul’s purpose. She discerned that it was her destiny to be a bridge between heaven and earth.

Dr. Edwige discovered she was gifted by Divine Source the ability to clear energies that are blocking the flow of someone’s Higher-Self from moving fully into one’s third dimensional body and consciousness. Her skills enable her to raise a person’s vibration and frequency, and to activate one’s lightbody by triggering codes deep within that person’s DNA. The lightbody activation that she performs restores a person’s individual Divine Blueprint.