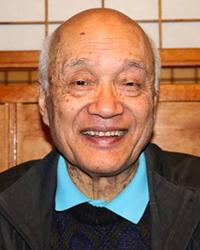 Dr. Ernie Murakami became involved in Lyme Disease while in his practice based in the rural community of Hope, British Columbia.

Through his practice, he developed two new methods of tick removal, one which was the Blister Method; the injection of a pre-measured mixture of Xylocaine and Adrenaline directly beneath the jaw of the tick. This method is used today, primarily in Medical offices and by Emergency physicians. The second method was the Drinking Straw and Single Knot Method, in which the attached tick is placed inside the straw, with the straw held at a 45 degree angle. A suture string is placed under the straw, directly in contact with the mouth of the wood tick. A single knot is applied. Constant alternating releasing pressure is applied upwards away from the skin and the tick releases itself intact, from the host. This technique was accepted by the Compensation Board and the Justice Institute for the training of ambulance and first-aid personnel and is in full use today.

These techniques were at the time, being taught by Dr. Murakami to other Physicians at International Conferences. During the times spent at these clinics, he became familiar with the treatment of Lyme, both long term and short term, as well as the split theories surrounding the treatment of Lyme. One fraction believed that only 3 weeks of treatment was adequate at any level, despite the fact that this had been disproven, while the other half believed that long term treatment was required to eradicate the Cystic form of the disease, based on biological fact.

Dr. Murakami became intrigued with the disease as to the epidemiology with his first case of confirmed Lyme Disease in Agassiz, BC at the Federal Penitentiary. This patient showed the typical bulls-eye rash that developed soon after being infected. A second case intrigued him further when another patient from Hope, BC was confirmed to have a typical rash and a positive Eliza serology. Both these patients responded to three weeks of antibiotic treatment.

Subsequent to these cases, Dr. Murakami began receiving referrals from other physicians due to his keen interest in Lyme and his approach to medicinal treatments, both in the removal of the ticks and his successful treatments of the disease. He soon found himself to be a rare physician; willing to acknowledge, diagnose and treat the symptoms of Lyme disease in British Columbia. This was a stand very few other doctors were willing to make.

Since that time, Dr. Murakami has offered his personal experiences as a physician treating Lyme patients to others in the medical field by speaking at seminars and conferences. His lectures are met with both interest and disbelief and the center of much controversy. News articles soon began to surface as patient after patient would give testimony to Dr. Murakami's somewhat miraculous assistance in treating some long-suffering patients of Lyme's, where a history of mis-diagnosis and denial existed prior. Reports began surfacing about the lack of knowledge that exists among the medical communities, both here in Canada as well as the US.

Today, Dr. Murakami is retired from his regular practice. His keen interest and his willingness to explore a very controversial topic has surrounded him with much media attention and discord among the medical community. He remains true to his Hippocratic Oath however, and offers this site as a base of information to both patients, possible sufferers and doctors alike.