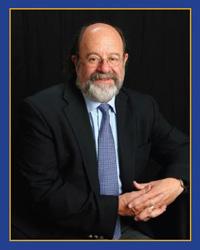 Gary E. Schwartz, Ph.D, is a Professor of Psychology, Medicine, Neurology, Psychiatry, and Surgery at the University of Arizona and Director of its Laboratory for Advances in Consciousness and Health. He is also Corporate Director of Development of Energy Healing at Canyon Ranch.

Gary received his PhD from Harvard in 1971, was an Assistant Professor at Harvard, and was a Professor of Psychology and Psychiatry at Yale University and director of the Yale Psychophysiology Center before moving to the University of Arizona in 1988. He is a Fellow of the American Psychological Association, the American Psychological Society, the Society of Behavioral Medicine, and the Academy of Behavioral Medicine Research.

He has published more than 450 scientific papers, including six papers in the journal Science, co-edited 11 academic books, and is the author of The Energy Healing Experiments 2007, The G.O.D. Experiments 2006, The Afterlife Experiments 2002, The Truth about Medium 2005, and The Living Energy Universe 1999. His research integrates mind-body medicine, energy medicine, and spiritual medicine. His new book The Sacred Promise: How Science is Discovering Spirits Collaboration with Us in Our Daily Lives will be published in January 2011. He has appeared on hundreds of television and radio shows, including HBO, Discovery, Arts & Entertainment, Fox, NPR, and Coast to Coast AM.