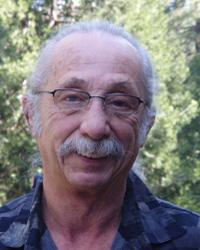 HARVEY BIGELSEN M.D. expected his medical career to follow a traditional path. He trained as an ophthalmologist, worked as a trauma surgeon in Vietnam and after completing his residency in 1971, he set up his practice in New Jersey.

Shortly afterward he realized that the training doctors received was deficient when it came to chronic disease. This led him on a search for more understanding of how the physical body truly works and why it breaks down.

A political leader and one of the pioneers in health care freedoms, starting in 1979 Dr. Bigelsen was on the founding board of the American Holistic Medical Association. In 1981 he co-authored the Arizona Homeopathic Medical Practice Act and was appointed by Governor Babbitt to establish a board to set the standards for holistic medicine. The Hans Nieper Foundation awarded him Person of the Year in 1988, recognizing his work as the most influential for the advancement of natural medicine in the United States.

Dr. Bigelsen is the author of four books, and continues to be on the forefront of medicines new frontier, which is based on strengthening the terrain of the body so that it can perform at its maximum. His work consists of classical structural work, acupuncture, homeopathic philosophy, and body restoration.