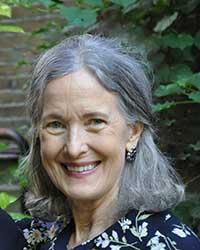 Along with co-authoring books with Harville Hendrix, Ph.D., Helen LaKelly Hunt, Ph.D. is the author of Faith and Feminism: A Holy Alliance, which explores the vibrant synergy between feminism and progressive faith traditions. She has had interviews on and feature articles in international media outlets including: ABC News, NY Times, Wall Street Journal, Financial Times, Barron's, Forbes, Town & Country, and The Huffington Post.


Honored as an inductee in the National Women's Hall of Fame, Helen co-founded Women Moving Millions. This global campaign to raise the bar on women's funding for women raised over 182 million, even during the midst of our country's economic downturn. Soon to be launching Phase II, this initiative is becoming a movement of committed donors who recognize that the quickest way to elevate the status of society is to empower women. Instrumental in launching a number of women's funding institutions, including the Dallas Women's Foundation, the New York Women's Foundation and the Women's Funding Network, Helen is also founder and president of The Sister Fund, a private women's fund dedicated to the social, political, economic, and spiritual empowerment of women and girls.