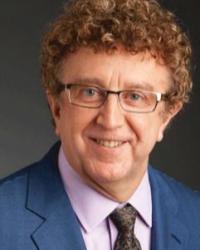 Dr. Hardt has authored or co-authored more than 60 papers and professional presentations. He has authored, co-authored or has pending over 30 patents for the core technology, headset, training methodology and brain-centered portion of virtual reality applications. He has dedicated his life in the research and development surrounding brain wave training.

Dr. Hardt was mentored by Dr. Joe Kamiya, the scientist who first discovered, in 1962, that humans could voluntarily control their own brain waves if they were given brain wave feedback. Dr. Hardt has earned a national reputation as a preeminent research scientist for his over 40 years of work in biofeedback. Dr. Hardt’s research has been supported by private and Federal grants and contributions from prestigious organizations such as the Fetzer Foundation. He presents at numerous, prestigious national and international meetings and has published in leading scholarly journals such as Science, Psychophysiology, Journal of Experimental Psychology, Biofeedback and Self-Regulation and Advances In Mind-Body Medicine.

For over 40 years Dr. Hardt has been studying the electrophysiological basis of advanced spiritual states. He has traveled to India several times to study advanced Yogis with his technology, has studied Zen meditators and Zen masters, and explored Christian prayer and contemplation. He has developed a technology based on electroencephalographic (EEG) measurement and feedback, combined, in a highly optimized methodology, with computerized measures of subjective states, depth interviews, and extensive coaching in forgiveness, engaged indifference [TM] and non-attachment.