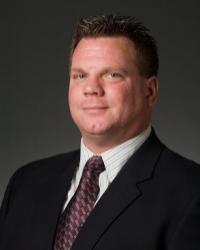 Dr. Kelce S. Wilson is the original inventor of the Blockchain technology. He is also a patent attorney in the telecom industry, and was previously an engineer for the US Department of Defense (DoD), working in cybersecurity, synthetic aperture radar, radar jamming, automatic target recognition, stealth aircraft technology, cryptography and satellite control – in active duty, reserve, and contractor roles.  While working in the cybersecurity field for the DoD, he performed penetration testing (“white hat hacking”) of proposed defensive measures for military computer resources, authored educational materials for graduate level academic courses on cybersecurity testing, developed test plans for other testing (hacking) teams, and created the initial evaluation framework for the DoD’s primary software security testing organization.  Additionally, he taught graduate level courses in radar for which he also developed course materials.  He has a PhD in Electrical Engineering (EE), an MS EE, a BS EE, an MBA, and a JD (law degree), and is registered as a patent practitioner with the US Patent and Trademark Office.  He retired from the US Air Force Reserves as a Lt. Colonel, with more than 13 years of active duty.