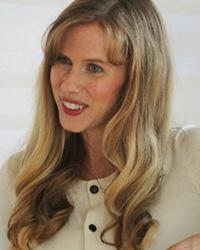 Dr. Turner's interest in complementary medicine began when she received her B.A. from Harvard University, and it later became the sole focus of her Ph.D. at the University of California, Berkeley. Her dissertation research included a year-long trip around the world, for which she traveled to 10 countries to interview 50 alternative healers and 20 Radical Remission cancer survivors about their healing techniques.

Since then, her ongoing research has led her to interview more than 100 survivors and analyze over 1,000 cases of radical remission, and to found "The Radical Remission Project," an innovative website dedicated both to collecting new cases of Radical Remission for research purposes, and to connecting Radical Remission survivors with current cancer patients. More at www.RadicalRemission.com.