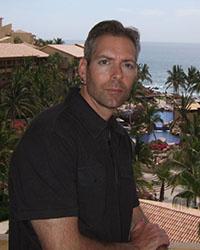 Dr. Kerry Clark is the Associate Professor of Epidemiology and Environmental Health. Dr. Clark came to the University of North Florida with a Masters in Public Health Epidemiology from the University of Alabama at Birmingham. He earned a Ph.D. in Environmental Health Sciences from the University of South Carolina, where he conducted the first ecologic study of the Lyme disease bacteria in that state. He has been studying Lyme and other tick-borne diseases for the past 20 years. In addition to his research, he teaches graduate and undergraduate courses in epidemiology and environmental health in the Department of Public Health at UNF.

Infectious diseases remain the number one cause of morbidity and mortality worldwide, and 75 percent of emerging infectious diseases are zoonotic, and associated with animal reservoirs and arthropod vectors like mosquitoes and ticks. During the past several decades, several species of tick-borne pathogenic microorganisms emerged as the most prevalent causes of arthropod-borne disease in the USA. The list of recently discovered and emerging tick-borne diseases of humans and animals includes Lyme disease, ehrlichiosis, babesiosis, and anaplasmosis. The U.S. Centers for Disease Control and Prevention specified arthropod-borne diseases as a priority target area for surveillance, applied research, infrastructure and training, and prevention and control efforts.

Lyme disease is the most common vector-borne disease in the U.S., with an estimated 300,000 new cases diagnosed each year, and likely thousands more still go unrecognized, or misdiagnosed, and either untreated or inadequately treated. Although Lyme disease is recognized in certain regions of the country, its true prevalence, human disease risk, and public health impact in areas like the southern U.S. remain understudied and misunderstood. The disease can manifest in numerous ways, affect multiple bodily systems, and have insidious onset. Some patients go undiagnosed and untreated for months, years, or even decades. The burden of suffering can be tremendous, and the years of healthy potential years of life lost can be dramatic, especially for children infected early in life.

Complicating the diagnosis and treatment of Lyme disease are the presence of certain coinfecting tick-borne disease organisms, such as the protozoan Babesia which cause a malaria-like syndrome, ehrlichiosis, anaplasmosis, and rickettsiosis. Therefore, highly sensitive and specific diagnostic tests are necessary to determine the true human incidence and prevalence of these infections to ensure correct diagnosis and treatment. Furthermore, accurate knowledge of the presence, distribution, and magnitude of risk of these diseases is critical for educating clinicians, public health personnel, and the general public. Only through comprehensive education, awareness, and prevention campaigns, can these diseases be managed effectively. This requires accurate information and diagnostic tools currently lacking.

Dr. Clark is committed to studying the ecology and epidemiology of Lyme disease and other tick-borne diseases in the southern U.S. He was the first to report finding Lyme disease spirochetes in animals and ticks in South Carolina, and in wild reptiles in South Carolina and Florida. He has documented the presence of Lyme disease bacteria, Babesia, and other tick-borne pathogens in wild animals, ticks, and humans in Florida and other southern states. Recently, he discovered two previously unrecognized Lyme Borrelia species in human patients in Florida, Georgia, and other states across the U.S.

The primary objectives of Dr. Clark's research are:

1. To develop better molecular/DNA based diagnostic tests for identifying the causative agents of Lyme and associated tick-borne diseases to improve sensitivity and specificity of detection, in both human patients and companion animals;

2. To use improved testing methods to determine the actual frequency of Lyme disease and common coinfections in humans and companion animals, the prevalence of infection in ticks, and the true tick vector species of these diseases to humans and our pets;

3. To improve awareness and early recognition of tick-borne diseases through dissemination of the research findings and comprehensive education efforts.