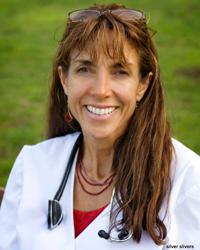 Dr. Messer spent the first 3 years of her medical practice in the hot sunny climate of Arizona before moving north and establishing a practice under the overcast skies of the Pacific Northwest. Before long she became uncomfortably aware of huge difference in the health of her patients from the Southwest compared to the Pacific Northwest. Not only were her Washington patients sick with colds more often, they were also being diagnosed with auto-immune diseases, cancers such as breast cancer, colon cancer, and ovarian cancer and depression was alarmingly common. And it wasn't simply the diseases which were startling, but the much younger age at which patients were becoming ill. This awareness became the driving force behind her award winning book on cancer: Powerful Medicine: Vitamin D; Shedding Light on a Worldwide Health Crisis.

Listen in to learn the secrets that Dr. Messer will share about how to become powerfully healthy and harness the miraculous benefits of vitamin D, such as fighting cancer, reducing inflammation, weight reduction and protection from the common cold. She'll teach you exactly how optimal vitamin D levels will unlock YOUR body's innate healing ability and move you from being sick to becoming powerfully healthy.