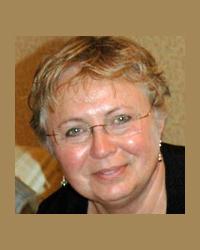 
Magda Havas began research on acid rain and metal pollution in 1975 and worked at theSmoking Hills in the Canadian arctic, in Ontarionear the INCO and Falconbridge metal smelters, and at Hubbard Brook in New Hampshire. She was Science Advisor to the Canadian Coalition on Acid Rain and her research and that of others helped bring in clean air legislation Eastern Canadian Acid Rain Program in 1985 that reduced sulphur dioxide emissions by 30% and lead to improvements in air and water quality and ultimately resulted in the recovery of lakes, which she also studied. Her paper "Red Herrings in Acid Rain Research" confronted the misconceptions that were being perpetrated about acid rain and its effects.


Dr. Havas's research since the 1990s is concerned with the biological effects of electromagnetic pollution including radio frequency radiation, electromagnetic fields, dirty electricity, and ground current. She works with diabetics as well as with individuals who have multiple sclerosis, tinnitus, chronic fatigue, fibromyalgia and those who are electrically hypersensitive. She also conducts research on sick building syndrome as it relates to power quality in schools.


Since the mid 1990's Dr. Havas has taught about electromagnetic pollution in several courses at Trent University and has supervised Reading Courses and Honours Thesis Projects in this area. One of the courses deals specifically with the biological effects of electromagnetic fields and electromagnetic radiation. This is one of the few courses available in North America at a senior undergraduate level critically examining the effects of non-ionizing radiation.


Dr. Havas helped draft Resolution 15 that was passed by the International Association of Firefighters in August 2004 in Boston. She also helped draft a Ground Current Pollution Bill 143 that unanimously passed its second reading in the Ontario Legislative Assembly. This lead to amendments to the Distribution System Code introduced by the Ontario Energy Board to help mitigate ground current problems in rural Ontario.


She has given talks in more than a dozen countries on her research and provides expert testimony on the health effects of electromagnetic pollution as they relate to occupational exposure, high voltage transmission lines, magnetic fields, and both cell phone and broadcast antennas.


Dr. Havas has been an advisor to several public interest groups and educational groups concerned with the health of the environment. She is currently science advisor on EMF-related issues to several non-profit organizations including: The Canadian Initiative to Stop Wireless Electric and Electromagnetic Pollution WEEPInitiative; the Council on Wireless Technology Impacts CWTI and theEMR Policy Institute EMRPI in the US; HESE and the EM Radiation Research Trust EMRRT in the UK; International Commission for Electromagnetic Safety ICEMS in the EU; and the National Platform Stralingsrisicos NPS in the Netherlands.


Dr. Havas recently wrote, with Camilla Rees, Public Health SOS: The Shadow Side of the Wireless Revolution and has co-edited three books and has published more than 100 articles.


Most Recent Study on the Heart

Her most recent paper October 22, 2010, documents definitive evidence that radiation from a cordless phone, common in many homes, causes heart arrhythmia and tachycardia rapid heart rate and alters the sympathetic and parasympathetic nervous system similar to a "fight-or-flight" stress response. It is the first study of its kind demonstrating such a dramatic and repeatable response to pulsed-microwave radiation at levels 0.5% of federal guidelines in both Canada and the U.S. This double-blind, peer-reviewed study in the European Journal of Oncology LIbrary Vol 5 2010, is called "Provocation Study using Heart Rate Variability shows Radiation from 2.4 GHzCordless Phone affects Autonomic Nervous System." It clearly shows that some individuals are hypersensitive to this radiation and react immediately and only during active provocation.