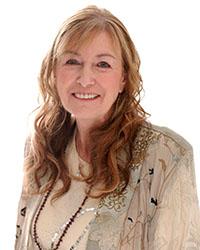 
She has practiced successfully in Spain, France, Switzerland, India, Egypt, Japan, England, Mexico and the United States. Her professional affiliations include the Spiritualists Association of Great Britain,
British Astrological and Psychic Society, American Board of Hypnotherapy, National Guild of Hypnotists; International Hypnosis Federation, Professional Board of Hypnotherapy and American Counseling
Association.

Dr. Margaret was among the co-founders of the International Psychic Forum and American Metaphysical Society. Her dynamic lectures and workshops in Japan, Europe and the U.S. have led to regular invitations to speak and participate in international events, including Whole Life Expos and Lifeways/BMSE Expos in various American Cities and The Festivals for Mind, Body and Spirit in London and Los Angeles.


She is the author of seven metaphysically oriented texts, including Journey Into An Unknown World: The Way to Oneness; Pro-Lite, Pro-Choice, Pro-Spirit; The Rejection Syndrome; 50 Spiritually Powerful Meditations; Breakthrough Therapies: Crystal Acupuncture & Teragram Therapy; The Book of Crystal Acupuncture and Teragram Therapy Diagrams; and Expanding Images. She is in process of publishing her next book, Quantum Entanglement: A Paranormal Point of View. She has authored two novels: Regenesis and Henry's Secrets. Her books are published in the United States, Western and Eastern Europe, as well as Russia, China, Mexico, Japan and India. Dr. Margaret has screenplays including The Regenesis Trilogy, Seeing Blind and The Survivor, and she has been negotiating production of several reality TV series treatments. Dr. Margaret's TV series, Psychic Chit Chat, has been aired weekly on many public access channels in Southern California and Arizona.