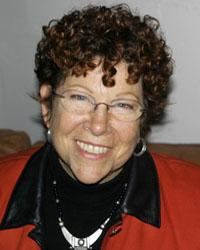 Margaret Wheatley is an internationally acclaimed writer, speaker, and teacher for how we can accomplish our work, sustain our relationships, and willingly step forward to serve in this chaotic time. She has written five books: Leadership and the New Science 18 languages and third edition; Turning to One Another: Simple Conversations to Restore Hope to the Future 7 languages and second edition; A Simpler Way with Myron Rogers; Finding Our Way: Leadership for an Uncertain Time 3 languages, and Perseverance May 15, 2010.

She is co-founder and President emerita of The Berkana Institute, a charitable foundation that works in partnership with a rich diversity of people around the world who strengthen their communities by working with the wisdom and wealth already present in their people, traditions and environment www.berkana.org. Her numerous articles appear in both professional and popular journals and may be downloaded free from her website: www.margaretwheatley.com.

Wheatley received her doctorate in Organizational Behavior and Change from Harvard University, and a Masters in Media Ecology from New York University. Shes been an organizational consultant since 1973, a global citizen since her youth, a professor in two graduate business programs, and a happy mother and grandmother. In 2004, the American Society for Training and Development awarded her their highest honor and dubbed her a living legend.