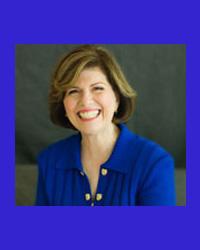 Dr. Mary R. Hulnick has served as the Chief Academic Officer of the University of Santa Monica since 1981. In this role, she is responsible for all academic matters including curriculum development, academic standards and policy, faculty/student relationships, and faculty development at USM. She also has an active role in the University's Executive Team and provides leadership of staff and faculty in the areas of administrative and executive functioning at the University.

Mary is a pioneer and innovator in the field of Spiritual Psychology, and together with University President Dr. H. Ronald Hulnick, she has played a seminal role in the development of the study and practice of Spiritual Psychology at the University of Santa Monica. Spiritual Psychology is defined as the study and practice of the art and science of human evolution in consciousness. The University's Programs in Spiritual Psychology are offered within the context of Soul-Centered education, which recognizes spiritual reality and begins with the assertion that rather than human beings who have a Soul; we are Souls having a human experience. This principle evokes a radical paradigm shift, which results in a psychological and educational process whose goal is to bring forth the beauty, wisdom, and compassion inherent in every human being.

In co-creative partnership with Dr. H. Ronald Hulnick, President, Dr. Hulnick has provided leadership in designing, implementing, and facilitating the University's Graduate Degree Programs in Spiritual Psychology; Consciousness, Health, and Healing; and Soul-Centered Leadership. She is actively involved in designing programs and seminars for the University, including USMs Online Classroom.


Licensed as a Clinical Psychologist and as a Marriage and Family Therapist in the state of California, Dr. Hulnick has maintained a private practice for over 25 years, working with individuals, couples, families, and groups. Her special emphases and gifts include the areas of Spiritual Psychology, Consciousness Counseling, couples counseling, nurturing the divine feminine, and answering the call.

Dr. Hulnick holds both a Ph.D. and an M.S. degree in Counseling and Guidance from Iowa State University. She is a member of Psi Chi, a national honorary Psychology fraternity, and Sigma Tau Delta, a national honorary English fraternity. She is a Clinical Member of the American Association of Marriage and Family Counselors and is also a member of the American Psychological Association.

Dr. Hulnick, with Dr. H. Ronald Hulnick, has just completed Loyalty to Your Soul: The Heart of Spiritual Psychology to be published by Hay House in February 2011. In addition, she is the co-author with Dr. H. Ronald Hulnick of Financial Freedom in Eight Minutes a Day, published in 1994 by Rodale Press. Dr. Hulnick is also an Executive Producer of the award-winning documentary, Freedom to Choose, based on the Universitys Freedom to Choose Service Project at the Valley State Prison for Women in Chowchilla, California. The Freedom to Choose documentary won the 2009 Emerging Filmmaker Showcase in the Documentary Category at the American Pavilion at the Cannes Film Festival.