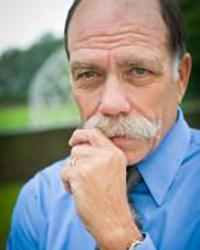 Dr. Michael George is the Director of the Centennial School of Lehigh University and an adjunct professor with the College of Education at Lehigh University. Prior to arriving at Lehigh, Michael was the administrator of the Lane School Programs in Eugene, Oregon, recognized by the U.S. Department of Education and Office of Special Education Programs for its promising practices in working with youth classified with emotional disturbances. Before that he administered schools for youth with behavior problems, ages 12 and above, in St. Louis, Missouri. This year marks Michael's 40th year working with students with behavioral problems that prevent them from participating in public schools.

Michael has presented papers at many national and international conferences, including the First World Congress on Special Education. He was invited to the First White House Conference on Mental Health, chaired by Tipper Gore in June of 1999, and in 2012, he was asked to testify before the U.S. Senate Subcommittee on Health, Education, Labor and Pensions on the topic of moving beyond seclusion and restraint by creating positive learning environments for all students.

Michael is the member of several professional organizations and has served as president of the executive committee for the National Council for Children with Behavioral Disorders. He is the recipient of Lehigh University's Tradition of Excellence Award as well as the Hillman Staff Award for outstanding professional contributions, the highest honor bestowed by Lehigh University.

Under Michael's leadership, Centennial School has been acknowledged by the American Institutes for Research in Washington DC, designated as a School of Excellence by the National Association of Special Education Teachers, recognized by The National Disability Rights Network, and featured on ABCs Nightline as well as CNN for its work with challenging children and youth without the use of aversive interventions. Michael received his Doctorate in Education from the University of Missouri.