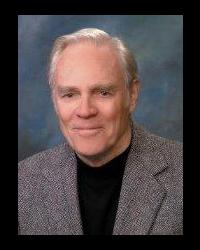 Michael Newton, Ph.D is the Founder of The Michael Newton Institute for Life Between Lives Hypnotherapy TNI and served from 2002-2005 as the first President. Our organization began as the Society for Spiritual Regression SSR but this name was later changed to TNI to honor our Founder.

Dr. Newton continues to serve on the TNI Board. He holds a doctorate in Counseling Psychology, is a certified Master Hypnotherapist and is a member of the American Counseling Association. He has been on the faculty of higher educational institutions as a teacher and counselor while also active in private practice. In addition, Dr. Newton has been a corporate consultant and worked as a behavioral counselor and group therapy director for community mental health centers and spiritual renewal organizations in cooperation with hospital and social service agencies. He has been a hypnotherapist for over 50 years and a LBL therapist for over 40 years. He is considered a pioneer in uncovering the mysteries about life after death through the use of Spiritual Regression.

In 1998 Dr. Newton received the National Association of Transpersonal Hypnotherapists annual award of "Most Unique Contribution by a Hypnotherapist" for his years of soul memory research and mapping the cosmology of the afterlife. He is the author of three best selling books, Journey of Souls: Case Studies of Life Between Lives 1994, Destiny of Souls: New Case Studies of Life Between Lives 2000 and Life Between Lives Hypnotherapy 2004 published by Llewellyn. These books have been translated into over 25 languages. In 2001 his second book was awarded "Metaphysical Book of the Year" by the independent publishers association at their annual Book Exposition of America meeting. He is also the editor of the new book Memories of the Afterlife 2009, which includes intriguing case studies written by members of his growing network of Life Between Lives therapists.

Dr. Newton has appeared on numerous radio and television shows and was an active speaker on the lecture circuit before his retirement, explaining his discoveries and beliefs about our immortal life in the spirit world. He is now retired from active practice, devoting his time to TNI, especially our LBL training programs. Dr. Newton can be reached through his publisher c/o Llewellyn Worldwide, Inc. 2143 Wooddale Drive Woodbury, MN 55125-2989. For a response you must include a self-addressed, stamped envelope. A return international stamp coupon must be included if you live outside the USA.