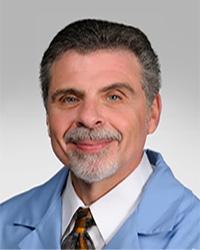 Michael Rezak, MD, Ph.D., neurology, is the medical director of the Movement Disorders Center at Northwestern Medicine Central DuPage Hospital. He also serves as the medical director of the American Parkinson’s Disease Association (APDA) Midwest Information. He is a member of the Scientific Advisory Board of the Chicago Chapter of the Dystonia Medical Research Association and is on the faculty for Medtronic (Deep Brain Stimulation).

Dr. Rezak is active in research in Parkinson’s disease (PD) and currently serves as principal investigator in several trials, including the development of valid markers and risk factors to identify patients in the preclinical phase of PD (funded by the Parkinson’s Disease Research Society); and has been involved in the NIH-funded CORE-PD Consortium on Risk for Early-Onset Parkinson’s Disease and the Parkinson’s Disease Collaborative Study of Genetic Linkage (PROGENT) studies. Dr. Rezak received his Ph.D. in neuroanatomy from the University of Illinois Medical Center. He received his medical degree from Loyola University Stritch school of Medicine. He completed his neurological training at Yale University school of Medicine.