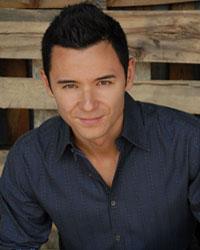 As a respected expert in the fields of relationships, food, and behavior, Dr. Mike has also been featured on Good Morning America, The Early Show, Extra, The Joy Behar Show, The Father Albert Show, Access Hollywood, Entertainment Tonight, Inside Edition, Fox News, ABC News, and CBS News. He is a contributor for the The Huffington Post and has been featured in LA Times, NY Post, US Weekly, People, and Emmy Magazine.
Dr. Mike is a member of the California Psychological Association and its neuropsychology & clinical psychopharmacology divisions, the California Association of Marriage and Family Therapists, the International Association of Eating Disorder Professionals, and The Society of the Advancement for Sexual Health. Dr. Mike is a graduate of California State University, Northridge, Southern California University for Professional Studies, and USC where he was a Presidential Scholar. Currently, Dr. Mike is pursuing his second doctorate at the American Academy of Clinical Sexologists and is a Ph.D. candidate in clinical sexology. He has received post-doctoral education at the UCLA Semel Institute for Neuroscience and Human Behavior, completed training in Mindfulness-Based Cognitive Therapy MBCT, and completed the Betty Ford Center professionals in residence program. Dr. Mike has worked for the Los Angeles Department of Mental Health, Vista Del Mar Child & Family Services in its outpatient services division, and in several Los Angeles public schools.
He holds a Master of Science M.S. degree in counseling, marriage and family therapy and a Doctorate Psy.D. in psychology and is registered with the California Board of Psychology and the California Board of Behavioral Sciences and maintains a full-time license to practice psychotherapy. He is very involved in charitable causes and volunteers for the Camp Comfort Zone, the nation's largest bereavement camp, and resides in Los Angeles.