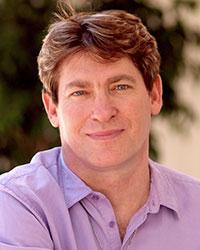 Richard Bartlett D.C., N.D.,decided to attend chiropractic school after meeting Dr. Jacque Rowe, an inspiring and unique chiropractor. Dr. Bartlett attended Parker Chiropractic College graduating in 1987. While in school, his second child was born with bronchitis, asthma, and he would get pneumonia every third week of his life.

Deciding that he would have to find the answer himself, he started a self study path, eventually learning and practicing over 30 technique systems. In the course of his studies, Dr. Bartlett learned TBM as taught by Dr. Victor Frank, chiropractor. His son responded to this system and was healed.

After graduating Parker in 1987 Richard moved to Montana where he maintained a busy practice until 1996. Desiring to expand his practice scope in order to better be able to better serve his patient base, and the increasingly complex clinical cases he was seeing, Dr. Bartlett decided to attend Naturopathic school. His degree in Naturopathic medicine was completed in December of 2000.

"In 1996 my life took a new and surprising turn. While attending Bastyr University of Naturopathic medicine, and working full time in my day job as a chiropractor, I experienced a life changing event which redirected the entire course of my clinical experience. Call it a mystical occurrence, spiritual vision, outright hallucination, or as Dr. Jim Parker called it, the experience of being 'naturally right', suddenly the act of lightly touching a patient with focused intent created dramatic, often startling changes. Bones would realign themselves, chronic pain patterns would disappear often with only one brief session, scoliosis curvatures would re align right before my eyes."

"As time went on this phenomenon seemed to grow stronger, sometimes each week revealing new and marvelous outcomes. Chronic conditions began to change even though they were often not even a conscious focus for the treatment. In addition people began to report that their emotional states, belief patterns, their very lives were mysteriously being transformed. Better yet these changes appeared to continue over time. My practice, always emotionally satisfying, became a profound ,and deeply moving day to day experience.

"The biggest surprise was yet to come. Much to my astonishment I was able to teach my practice partner Dr. Dunn how to duplicate my results proving this ability was not just some special gift, but rather a readily teachable system that in a weekend seminar could be learned, and the results duplicated by professional and lay person alike. I have been teaching seminars since 1992 and the feedback from participants is even better than I hoped for. Chiropractors frequently tell me how the simple procedures taught in this seminar have super charged their techniques."

This entirely new paradigm utilizes the principles and science of Subtle Energy, and Quantum physics, coupled with the incredible power of active imagination and focused intent to produce physical verifiable effects that often defy rational explanation. Miracles happen every day, Matrix Energetics provides a technology and scientific framework to allow for their every day occurrence.