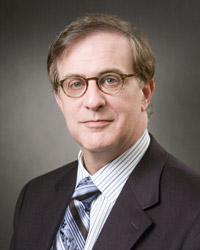 Richard Kradin, MD, is a physician, researcher, professor, national speaker, and author of The Placebo Response and the Power of Unconscious Healing

Dr. Kradin practices medicine at Massachusetts General Hospital and is an associate professor at Harvard Medical School. He is trained in internal medicine, pathology, immunology, and psychoanalysis, and has researched and lectured on such varied subjects as pulmonary pathology, thoracic oncology, advanced heart and lung disease, mind/body medicine, chronic fatigue syndrome, psychoimmunology, and the mechanisms of placebo response.
He is one of the countrys foremost experts in mind-body medicine, having served as research director of the Mind/Body Medical Institute at Beth-Israel Deaconess Medical Center, and as co-director of the Harvard Medical School post-graduate study on Mind/Body Science.

Although he has contributed to more than 150 articles and texts on a broad range of medical topics, it was the placebo response that really excited his inquisitive nature during a research project. It was then Dr. Kradin realized how little he and his colleagues understood about placebos and their effects, despite the fact that many physicians have acknowledged their critical role in therapeutics. The more interested he became, the more he recognized the dearth of knowledge and the vast potential of this remarkable phenomenon. Dr. Kradins broad medical training and multidisciplinary interests have enabled him to appreciate the complexities and nuances of medicine and disease, and he was able to bring this crucial training to the study of placebos. This endeavor, Dr. Kradin explains, has required a reexamination of virtually everything I had previously taken for granted with respect to medical therapeutics. Because he believes that understanding how placebo effects are generated is extremely important to the advance of medicine today, Dr. Kradin has undertaken not only research, but also the role of educating and inspiring colleagues to delve into the subject.

The Placebo Response and the Power of Unconscious Healing was written expressly to rouse the consciousness of medical practitioners, as well as the general public, to give the placebo response the respect it deserves.