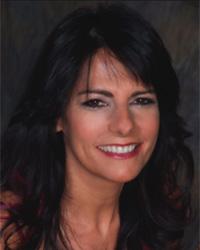 As a young adult, Dr. Risa Kaparo successfully healed herself from a painful and life-threatening illness. The discoveries she made during her ordeal prompted her to eventually create a methodology to transform pain, stress, trauma and aging into wellness, embodied mindfulness and vital longevity. This system, called Somatic Learning was developed during three decades of research, clinical practice and training of health care practitioners, based on a synthesis of psychological, somatic, and meditative disciplines. As a licensed Ph.D. level psychotherapist and somatic therapist, Dr. Kaparo has offered her unique approach to self-healing to thousands of individuals around the world. She has taught Somatic Learning at many institutions internationally, including MIT, New College, JFK University, CIIS and China's Dalian Medical University. This system involves simple practices that take only a few minutes a day, yet promote highly beneficial and lasting changes in the brain and the whole body, reorienting a person toward ever greater freedom, joy and aliveness. Awakening Somatic Intelligence: The Art & Practice of Embodied Mindfulness North Atlantic Books, 2012 captures the wisdom of her teachings.


In addition to her work with Somatic Learning Kaparo is an award winning poet and songwriter. She first received high critical acclaim for her sensitive, inspirational poetry embodied in Embrace Scarlet Tanager Press, 2006 as well as her two CDs combining a unique blend of music and spoken word. In 2007, Kaparo was awarded the prestigious Grand Prize in the John Lennon Songwriting Contest. Her writing has been described by critics "as a poetry of soul-making" and integrates the themes of both 'awakening' and 'embodiment.' Kaparo integrates her transformational work with creative writing, performance art, multi-media, music, voice and dance along with expressive arts therapy. This same artistry is reflected in the writing of Awakening Somatic Intelligence: The Art & Practice of Embodied Mindfulness and the companion videos. Risa Kaparo lives in the San Francisco Bay Area.