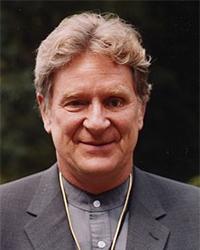 Robert Thurman is a scholar, author and tireless proponent of peace. Tenzin Robert Thurman is also the Jey Tsong Khapa Professor of Indo-Tibetan Buddhist Studies in the Department of Religion at Columbia University, his passion is the Tibet House U.S.. He is President of the non-profit organization which he co-founded in 1987 at the Dalai Lama's request. The Tibet House U.S. is dedicated to the preservation and promotion of Tibetan civilization. Thurman is also President of the American Institute of Buddhist Studies, a non-profit affiliated with the Center for Buddhist Studies at Columbia University and dedicated to the publication of translations of important texts from the Tibetan Tengyur.

Thurman is considered the leading American Expert on Tibetan Buddhism. He was the first American to be ordained a Tibetan Monk by the Dalai Lama, he was 23 and the Dalai Lama was 29. He has been called the Dalai Lama's man in America and they have been close friends for 40 years. Robert is a riveting speaker and an author of many books on Tibet, Buddhism, art, politics and culture, including The Central Philosophy of Tibet, Circling the Sacred Mountain, Essential Tibetan Buddhism, The Tibetan Book of the Dead, The Jewel Tree of Tibet and Why The Dalai Lama Matters: His Act of Truth as the Solution for China, Tibet, and the World.

His own search for enlightenment began while he was a student at Harvard. After an accident in which he lost the use of an eye, Thurman left school on a spiritual quest throughout Europe, the Middle East and Asia. He found his way to India, where he first saw H.H. the Dalai Lama in 1962. After learning Tibetan and studying Buddhism he decided to become a Tibetan Buddhist monk and was ordained by H.H. the Dalai Lama, the first Westerner to earn that distinction. However, some years later, he gave up his robes when "he discovered he could be more effective in the American equivalent of the monastery: the university."

He returned to Harvard to finish his PhD. A very popular professor, students call his classes "life-changing." Thurman is more than a scholar; he is a champion of the preservation of Tibetan culture. He writes, "What I have learned from these people has forever changed my life, and I believe their culture contains an inner science particularly relevant to the difficult time in which we live. My desire is to share some of the profound hope for our future that they have shared with me."