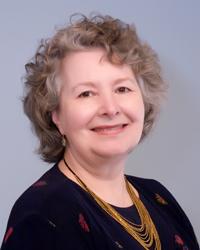 Rev. Ruth L. Miller, Ph.D., a self-defined transcendentalist, has used her training as a cultural systems scientist and New Thought minister to "translate" the works of some of the greatest thinkers of the late 19th and early 20th Century. From Wattles' Science of Getting Rich and Haanel's Master Key System to Emilie Cady's Lessons in Truth and the works of Emma Curtis Hopkins, her interpretations have made it possible for 21st century readers to easily grasp the essential ideas and use the powerful practices that these great teachers offered.


Dr. Miller served as Associate Professor and Director of the Cybernetic Systems Program at San Jose State University and as Director of Curriculum & Evaluation for Rogue Community College. She has led countless workshops on new paradigms, systems thinking and futures research, and has served as adjunct faculty at Antioch University-Seattle, Marylhurst University, Portland State University, as well as the Living Enrichment Institute, and New West Seminaryreceiving the highest evaluations for her classes.


After years of research into the nature of consciousness, Dr. Miller found she could no longer ignore the spirit. She became coordinator for Adult Religious Education in a small-town Methodist church while 2011helping to found a Unitarian-Universalist fellowship there. In the process, she began a series of courses that would lead to ordination. She was ordained in the New Thought tradition and became the pastor of the Lifeways Center in Portland, Oregon, then interim Assistant at Unity of Beaverton. She is currently a "circuit riding preacher," serving New Thought and Unitarian-Universalist churches in Oregon, Washington, and California.