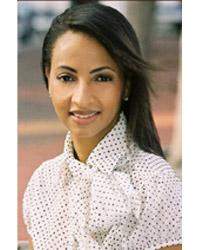 Dr. Shirley Madhre is a graduate of Boston University and the Dartmouth Medical School/Brown University School of Medicine combined program. She maintains two practices in the field of plastic surgery, in the Upper East Side and Soho sections of NYC. A sought-after medical expert, she has appeared on nationally syndicated TV, radio, and print media such as Essence and O, the Oprah magazine, Cosmopolitan, the New York Times, and others. The attractive doctor recently was the cover photo and story in a leading Plastic Surgeons magazine.