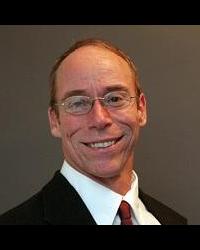 Steven M. Greer, MD has been known around the world since 1990 when he originally founded The Center for the Study of Extraterrestrial Intelligence (CSETI) - a diplomatic and research based initiative to contact extraterrestrial civilizations. Hailed by his peers for his courage to open up a serious, yet controversial dialogue on the subject matter, he found himself gaining public attention ... not only by television media such as the Larry King Show, but by various Military and Government Officials from around the world as well. Some conversations were about trying to stop his work from moving forward, but others (many, many, many others), had information and stories they wanted to tell. BIG stories.

The years to follow only escalated the conversation and within a short amount of time, those "stories" revealed the truth of a shadow Government. This caused Dr. Greer to expand his passion and expose this secrecy to the public by founding The Disclosure Project, The Orion Project and Sirius Technology Advanced Research.

By this time, Dr. Greer had become known in the public eye as the "Father of the Disclosure Movement", and he presided over the groundbreaking National Press Club Disclosure Event in May, 2001 where Project Starlight took center stage with over 20 military, government, intelligence and corporate witnesses presenting compelling testimony regarding the existence of extraterrestrial life forms visiting the planet, and the reverse engineering of the energy and propulsion systems of the craft they traveled in to get to planet Earth.

Over one billion people heard of the press conference through the original webcast and on subsequent media coverage on BBC, CNN, CNN Worldwide, Voice of America, Pravda, Chinese media, and media outlets throughout Latin America. The webcast had 250,000+ people waiting online - the largest webcast in the history of the National Press Club at that time.

A lifetime member of Alpha Omega Alpha, the nation's most prestigious medical honor society, Dr. Greer has now retired as an emergency physician to work with CSETI, The Disclosure Project and The Orion Project. During part of his career, he was chairman of the Department of Emergency Medicine at Caldwell Memorial Hospital in North Carolina.

He is the author of four insightful books and multiple DVDs on the UFO/ET subject. He teaches groups throughout the world how to make peaceful contact with extraterrestrial civilizations, and continues to research true alternative energy sources ... with plans to bring them out into the public sector as soon as there is a tested and verified working prototype.

Dr. Greer’s life work is the subject of the historic film, “Sirius” which premiered on April 22, 2013. He is currently creating the film, "Unacknowledged : An Expose of the Greatest Secret in Human History" with a companion book which will be released in conjunction with the film, edited and published by New York Times Bestselling Author Steve Alten.

Expected release will be in late 2016/early 2017 ... and will include The Disclosure Concert, which is being created to raise awareness and funding for the New Earth Energy Incubator ~ an open-source research project to develop ZPE / Free energy systems to heal the environment and begin a new, sustainable civilization on Earth.