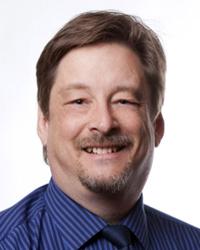 Wes Crenshaw, PhD is a licensed psychologist and Board Certified Couples and Family Psychology by the American Board of Professional Psychology.


Dr. Wes founded and has co-authored the Double Take advice column for teenagers and their parents in the Lawrence Journal World, since November 2004. His Dear Dr. Wes series of books is based on those columns, each of which includes a weekly contribution by a teen co-author.


Dr. Wes maintains a thriving clinical practice just west of Kansas City, in Lawrence, home of the University of Kansas. There he specializes in providing family psychological services for teenagers and college-aged adults and couples married, pre-married or unmarried. Among his current subspecialties, are ADHD, teen bipolar disorder, pregnancy planning support and recovery, school problems, sexuality and sexual identity, and recovery from child abuse. As a forensic psychologist he often serves as an expert witness in family law cases and, more recently, as a consultant and expert in civil litigation on the foster care system.


Dr. Wes received his PhD from the University of Kansas in 1994. He was board certified in 1999, then founded, co-owned and directed the Family Therapy Institute Midwest from 1999 to 2010. In January 2011, he opened Family Psychological Services LLC, to better manage and direct his forensic psychology practice.


Dr. Wes grew up living at times in both large cities and small towns. He has been married since 1985 and has two children, a teenager and an 8-year-old.