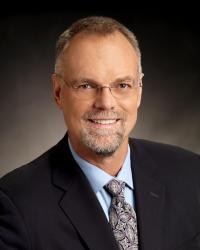 Dr. Andrews is the President and CEO of Sierra Sciences. He has worked in the biotech industry for 28 years, focusing the last 15 years on finding ways to extend human lifespan through the intervention of telomere shortening in human cells.

Dr. Andrews earned his Ph.D. in Molecular and Population Genetics at the University of Georgia in 1981. He was a Senior Scientist at Armos Corporation and Codon Corporation, Director of Molecular Biology at Codon and at Geron Corporation, and Director of Technology Development at EOS Biosciences.
While Director of Molecular Biology at Geron Corporation from 1992 to 1997, Dr. Andrews was one of the principal discoverers of both the RNA and protein components of human telomerase and was awarded 2nd place as "National Inventor of the Year" in 1997 for this work. He is presently a named inventor on 35 US issued telomerase patents.
Dr. Andrews is an avid runner and enjoys participating in ultramarathons in his spare time. His ultimate goal is to run a 7 minute mile at the age of 130.