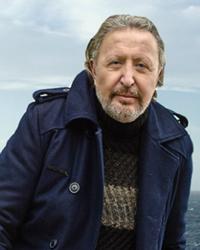 Ed Mercer was orphaned at age 15 and spent the rest of his youth on the streets. Entrepreneurship provided the exit from the streets and he became a self-made millionaire by the age 27.


Over 45 years of entrepreneurship that now spans the globe, Mr. Mercer has shared the stage with other successful individuals in the world such as Robert Kiyosaki, Mark Victor Hansen, T. Harv Eker, Jay Abraham, Les Brown, and Bob Circosta.


Ed is also an active philanthropist and is member of Habit for Humanity, National
Geographic, The World Wildlife Fund, Greenpeace and many other organizations. He credits his greatest personal achievement to the founding of "The Edward R. Mercer Foundation" which is dedicated to the betterment of the planet through ecological conservation and education.


Ed spent the first half of his life earning a fortune. Now his goal is to share his accumulated knowledge of his 45 years in the business world and help you achieve your success. Over his career, Ed has helped more than 50 people reach millionaire status. NOW, his goal is to help 100 more people do the same


Once Ed sets his sights on achieving a goal he perseveres until he accomplishes it. So your chance to learn how to become a Millionaire from a Net-Worth Billionaire is now within your reach.