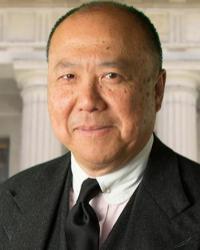 Ed Moy served as the 38th Director of the United States Mint, from 2006-2011. The U.S. Mint is the largest producer of circulating coins, numismatic coins, medals, and precious metal bullion coins in the world. He is currently the chief strategist for Fortress Gold Group, a provider of gold IRA rollovers and physical U.S. gold and silver bullion coins for direct delivery.

Ed was awarded the Alexander Hamilton Medal for distinguished public service by Treasury Secretary Henry M. Paulson Jr. From 2001-2006, he was a Special Assistant to the President at the White House. In addition to his recent public service, Ed has been an officer and director of a Nasdaq Global Select company, a private equity adviser, and as an executive to several healthcare services companies and a major health insurance company. He also was an appointee at the Health Care Financing Administration, now the Centers for Medicare and Medicaid Services, from 1989-1993.
Ed is past chairman of Tau Kappa Epsilon International Fraternity and a member of the Executive Advisory Committee to the School of Business and Economics of Seattle Pacific University. He has served on the boards of several privately held corporations and national nonprofit organizations, including Christianity Today International, as well as government regulatory and oversight boards.
Ed earned his B.A. from the University of Wisconsin-Madison with majors in economics, international relations and political science.
You can see more of Ed Moy on his website at www.edmoy.com.