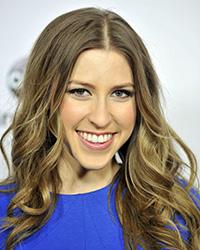 Eden Sher was born December 26, 1991. She was raised in Los Angeles, California, where she currently resides with her dog, Lebowski. Eden began acting at the age of 8 and has been emoting intensely since birth.


For the past four years she has worked on a show called "The Middle" which airs Wednesdays at 8 PM on ABC and is returning for a fifth season in the fall of 2013. Her most recent venture is a website called "The Emotionary" which really just serves as an excuse for her to over-indulge in her neuroses and irrational emotions.