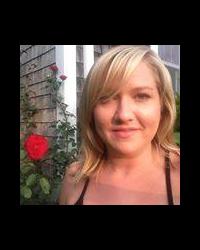 Elizabeth Mellon is a co-leader of the Martha's Vineyard Lyme Support Group and the administrator of Lyme Life MV, a support page on Facebook for those suffering from Lyme and coinfections. She holds a Bachelor of Science in Marine Biology from the University of Rhode Island as well as a Masters of Education in Science Education from UMass Boston.

She has spent every summer on the vineyard and fell in love with the beauty of the island and the community itself. After grad school in 2010 she made the move to live there year-round. After only a few short months she became very ill for the first time after receiving a tick-bite in the summer while out in her yard. She was treated with the typical course of doxycycline for several weeks and appeared to recover. However, in the coming years she would have repeated and progressive neurological symptoms with no other explanation.

She sought help from her primary care physician on island who concurred that she may have Lyme disease but got nowhere in terms of long-term treatment. After tirelessly researching Lyme and coinfections and getting in touch with Enid Haller at the Martha's Vineyard Lyme Center she was able to find Lyme Literate physicians who have been able to properly diagnose and treat her persistent Lyme disease. She is currently still treatment which she credits with helping her begin to get her life back and now strives to support and advocate for other sufferers of this debilitating disease.