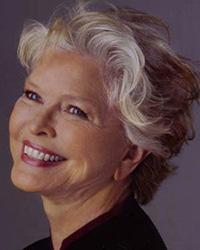 Ellen Burstyn born December 7, 1932 is an American actress. Her career began in theatre during the late 1950's, and over the next decade included several films and television series.

In 1975, she won the Tony Award for her lead performance in the Broadway production of Same Time, Next Year, and received a Golden Globe Award and a fourth Academy Award nomination for her performance in the 1978 film version of the play.

Burstyn has worked consistently in film, television and theatre since, receiving multiple awards and nominations along the way, including seven additional Golden Globe Award nominations, five Emmy Award nominations two wins, and two more Academy Award for Best Actress nominations for her performances in the films Resurrection 1980 and Requiem for a Dream 2000.

Burstyn is one the few actresses to have won the Triple Crown of Acting.