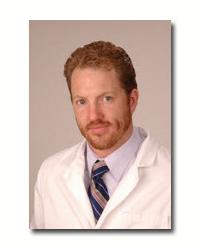 Erik grew up in the Boulder-Denver region and subsequently studied at Stanford University where he earned his BS and MS in Biology with emphases in biochemistry and immunology. After graduation, he joined a team of scientists from Stanford Medical Center who were starting a pharmaceutical company in Silicon Valley that sought to commercialize a peptide-based drug transport molecule derived from an HIV protein. He worked there for four and a half years initially developing the science, then strategic dermatological applications of the technology and later managing the companys drug application preclinical studies and clinical trials. After witnessing the magnificent clinical failure of the companys flagship psoriasis drug, he returned to Colorado to attend CU Boulder and earn his MBA, which he completed in May 2005. He is co-inventor on two pending patents, sole inventor on a patentable trade secret, and co-author of four papers published in journals such as Nature Medicine, as well as co-author of a chapter in the textbook, Cell Penetrating Peptides. He is an avid designer, artist, athlete, and glider-rated private pilot