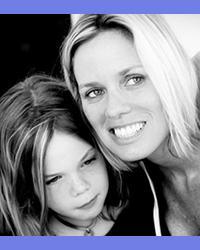 Fiona Finn considers herself an ordinary housewife and mother who wanted to share her extraordinary story. Yet, Fiona’s portrayal of herself as ordinary couldn’t be further from the truth. She is the author of Help Me God, I’m Poor: Send Pennies from Heaven (2015), an insider’s account of how to break the poverty or scarcity mentality.

Finn’s life and financial wellbeing changed dramatically after struggling through cancer and an untimely divorce. Forced to reevaluate her life and the choices she’d made she discovered a universal “truth” that our financial lives are really just an extension of our inner lives. An inspirational victory over bitterness can occur even when circumstances well beyond your control lead to a vicious, self-reinforcing cycle of poverty.

As one of nearly 46 million Americans living in poverty every day, she understands and empathizes with all those, who feel hopeless and alone. Fiona gives many motivational speeches to inspire and leave a lasting impact on the subject, the relationship between illness and financial hardship.

Not only does she offer encouragement, from the perspective of a survivor, but she believes once you’re given a second chance at life nothing should stop you from fulfilling your dreams. Her dream was to become an author who weaves humor into all of her books, in order to light a candle of hope in one’s darkest hour.

Born in Ohio but raised in Ireland as a child, she considers herself an Irish-American author. A Southwest Florida resident, she holds a Bachelors Degree in Business from the University of South Florida. Currently, Finn is a popular blogger for The Huffington Post as well as a full time real estate agent.

How One Woman Fought Cancer Without Her Husband