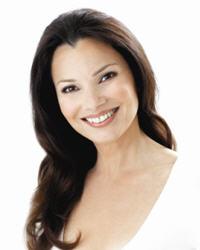 Fran Drescher received two Emmy and two Golden Globe nominations for her portrayal of the lovable Miss Fine on the CBS hit series, The Nanny, a show she also created, and executive produced. An accomplished film actress, Fran won Esquire Magazine's Five Minute Oscar for her memorable performance in the mockumentary, This is Spinal Tap. She has co-starred in countless films throughout her career.


Fran is an accomplished author. Her first book, Enter Whining, was a New York Times best seller which humorously described her experiences as an ordinary girl from Queens making it in the extraordinary world of show business. However theres nothing ordinary about Fran and after bravely winning her battle with uterine cancer, she became inspired to write her second New York Times best seller, Cancer Schmancer, for which she received the prestigious National Coalition for Cancer Survivorship Writer's Award.


Fran is an outspoken healthcare advocate in Washington DC. A special thanks is dedicated to her in the Congressional Record for her lobbying efforts at successfully getting passed, by unanimous consent, Johanna's Law a bi-partisan bill HR-1245 also known as The Gynecologic Cancer Education and Awareness Act. This focus on gynecologic cancer awareness is the first language of its kind in US history, helping to build the foundation for a more female-friendly and healthier tomorrow.