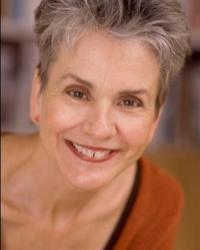 Frances Moore Lapp is the author or co-author of 18 books including the three-million copy Diet for a Small Planet. Her most recent work, released by Nation Books in September 2011, is EcoMind: Changing the Way We Think to Create the World We Want, winner of a silver medal from the Independent Publisher Book Awards in the Environment/Ecology/Nature category. Jane Goodall called the book powerful and inspiring. Ecomind will open your eyes and change your thinking. I want everyone to read it," she said. She is the cofounder of three organizations, including Oakland based think tank Food First and, more recently, the Small Planet Institute, a collaborative network for research and popular education seeking to bring democracy to life, which she leads with her daughter Anna Lapp. Frances and her daughter have also cofounded the Small Planet Fund, which channels resources to democratic social movements worldwide.