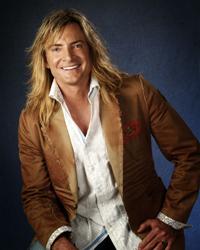 Upon attending his 4th high school in 4 years he was asked to leave the first 3, Frank was fortunate to earn his high school diploma with a less-than-stellar 1.8 GPA

Then, at 18, with 50 in his pocket and without the benefit of higher education, Frank left his native Indiana for Florida in search of what he would later refer to as his professional highest calling.

In his first Florida job he earned 180 a week, waking at 4:00am, to dig sand traps by hand on a Deerfield Beach golf course.

Now, over 23 years later, McKinney creates real estate markets where others dare to tread. He has built spec homes homes built without a buyer valued in the tens of millions of dollars.

A true maverick with a charming flair, he is without peer in the risky world of speculative high-end real estate, shattering price records with each new project.

Each of the estate homes he creates is a one-of-a-kind work of art, infused with vivid imagination and designed on a canvas of sun-drenched Atlantic ocean just look at the videos, photos and brochure on the preceeding Acqua Liana link.

Accordingly, Frank McKinney is now known around the globe as a real estate "artist," and the creative force behind some of the world's finest and most magnificent mansions ever built.