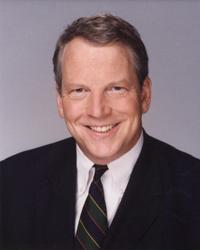 Frank McNair delights in helping groups, individuals and organizations solve their problems and move forward to successfully achieve their goals. Frank can serve as a sounding board, a coach, and a mentor, or he can partner with your organization on a comprehensive training initiative or an ongoing consulting project.
Frank began his corporate life with First Citizens Bank, and then worked in sales and marketing for RJ Reynolds Industries and the L'eggs Division of Sara Lee Corporation. In his last position in the corporate world, Frank was Director of Sales and Marketing all product lines for Douglas Battery Company.

Since 1988 Frank and his wife, Laura, have been partners in McNair & McNair, a training and consulting business that specializes in helping companies get the best possible results from their employees, teammates, colleagues, and associates. Frank is a sought-after speaker, trainer, consultant and personal coach and has worked for major companies across the country.

Frank is a graduate of the University of North Carolina, where he was a Morehead Scholar. He also holds an MBA from the Babcock Graduate School of Management at Wake Forest University.

Frank is the author of two books. It's OK to Ask 'em to Work was published in 2000 by the American Management Association, and has subsequently been published in German, Arabic, Russian and Spanish editions. His second book, How You Make the Sale, was published by Sourcebooks in 2005. A third business management book will be released in July, 2009, The Golden Rules for Managers: 119 Incredible Lessons for Leadership Success.

Because faith is an important part of his life, Frank studied at the Oratory in Rock Hill, SC and completed their Horizons of the Spirit program in 1993. He has also done graduate work at General Episcopal Theological Seminary in New York City and completed the Certificate in Spiritual Formation at Columbia Presbyterian Theological Seminary in 2002.

A committed community volunteer, Frank served for four years as an unpaid Director of Development for a Winston-Salem, NC non-profit. In his non-work life, Frank enjoys sailing, water-skiing, working out and reading. He is married to Laura McNair, the love of his life and his business partner. They share a home overlooking the woods with Gracie, a golden retriever, and Molly Brown, a chocolate lab.