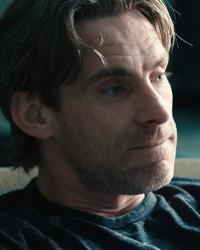 Frank Meeink became a SkinHead at 13. By 18 he was roaming the country as a SkinHead leader and Neo-Nazi recruiter, with gangs that would beat people indiscriminately. In Illinois, he had his own cable-access TV show, "The Reich."  He was finally arrested and convicted of kidnapping and beating a member of a rival SkinHead gang.

While in prison he befriended men he used to think he hated, men of different races. After being released from prison, Meeink tried to rejoin his old SkinHead pals but couldn't bring himself to hate those whom he now knew to be his friends.

Now a noted speaker, author, and founder of Harmony Through Hockey, Frank's life stands for tolerance, diversity, and mutual understanding in racial, political, and all aspects of society. Frank is truly an inspiration in any time of strife and conflict.