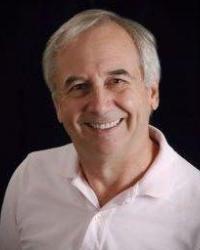 Frank Sauer is the founder and CEO of Outdo Inc, a Washington D.C. based think tank that is working on changing the entire paradigm of how we look at cybersecurity and computing. His group of brilliant thinkers believe the current paradigm is outdated and is based on decade old thinking focusing on solving the wrong problem. This is why, despite all the money and effort spent, the situation is getting worse. His group has developed a new paradigm using a model of security derived from physical security and medieval warfare, rather than something that is borne from the view of what is the nature of data itself. In other words, they have developed a new construct where security is built into the data itself.

Mr. Sauer’s background uniquely puts him in a position to take on this challenge. He has been an executive at three premier organizations arguably during their most influential periods: Xerox in the 1970’s, Apple in the 1980’s, and the FBI both before and after 9/11. He also holds both a bachelor’s degree from Georgetown and a masters from MIT.

While at the FBI, Sauer was the Deputy Assistant Director for software and was also the first Program Executive for the FBI’s $600 million bureau-wide infrastructure upgrade of hardware, networking and software as well as the Program Manager and Acting Unit Chief for the FBI’s nationwide DNA database effort, CODIS.

You can learn more about Frank on his LinkedIn profile page at https://www.linkedin.com/in/franksauer/