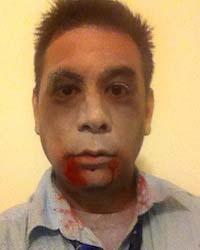 Freddy Pacquing, like many of us, was a chronic Text-and-Driver. However, after researching the epidemic he was shocked at the seriousness of the problem and decided his company needed to do something to make a difference.


With the family of Taylor Duley, DriveAlive is being launched as a "Zombie themed" cross-media marketing campaign this month designed to build a long term relationship with drivers, creatively reminding them of the importance of not texting and driving while at the same time rewarding them for their continued commitment.


Launching in partnership with CBS Radio, DriveAlive will launch in 25 major North American markets in the Summer of 2013. As the CEO of Speakeasy Media Corporation, Freddy has committed to support DriveAlive with innovative technology with the commitment of not profiting on this critical cause.

Kayla Taylor
On Oct. 20th, 2010 Kayla's brother, Taylor Duley, was killed because he was texting and driving. She has now dedicated her life to spreading the message to put a stop to so many losing their lives to something that can be easily prevented. She and her family want to keep your family from feeling the pain they feel every single day.