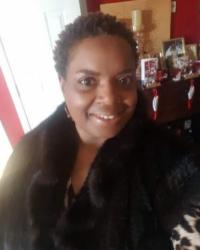 When Gail Harris-Berry was 43 years old, she made four trips to two different hospitals with chest pain. Each time, she was sent home with a clean bill of health. But the pain kept getting worse. “The fifth time, I went to the hospital and refused to leave,” says Gail of Maryland. Doctors decided to do a cardiac catheterization, in which they slid a catheter with a special camera on the end through an artery in her groin and up to her heart. They discovered an artery leading to her heart was 90% blocked. Two stents were quickly placed to open the artery and restore blood flow to her heart. “Thank God you listened to your body and not to us because this would have killed you,” the surgeon told Gail. That’s when spreading the word about heart disease became her mission. She is a dedicated advocate raising heart disease awareness locally and nationally by being an American Heart Association ambassador.