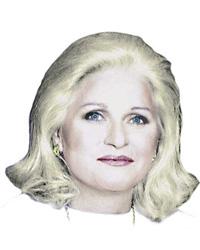 Gail Howard is internationally recognized as the creator of the most successful lottery systems used in the world today. Gail Howard's are the ONLY lottery systems that have been credited with winning dozens of first prize lottery lotto jackpots. To date, 103 documented first prize lotto jackpot winners have won a combined total of more than 101 million with Gail Howard's lottery wheels and lotto number selection strategies.

Gail Howard was America's first lottery expert the pioneer of scientific lottery strategy in the USA. Since she introduced her trail-blazing systems and strategies in 1983, she changed forever the way people play lotteries. She has been crunching the numbers since she was a Wall Street trader in the '70s and realized that winning lotto picks form patterns with the same degree of predictability that her stocks and commodities did.

She has more than 400 pages of letters from lotto jackpot winners who used her books, with copies of their jackpot winning tickets, checks and/or congratulatory letters from the lottery, lottery press releases, and newspaper articles.